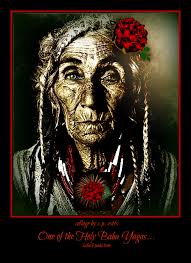 The Baba Yaga, also known as Baba Jaga, is a mythical character that appears in folklore as a deformed woman with a pestle and mortar. She lives in the forest in a hut, usually on chicken legs. In some cultures, the Yaga is depicted as standing on the legs of a pig. Her name comes from her magical ability to mix up and brew potions and spices.

She is a fearsome old woman with chicken legs. She lives in a hut in the Russian forest and sometimes is portrayed as a dangerous monster or trickster. She is described as a mother figure who can eat or help people, but she also possesses a vengeful streak. Despite this, Baba Yaga is a great source of guidance for those who seek her. She is a wise and powerful goddess and can make the difference between a happy and a miserable life.

She lives in a house with moving chicken legs. Baba Yaga is a powerful witch who has been worshipped for centuries. Her hut is perched on giant chicken legs. A magical phrase will make her house turn around, but only if she wishes to show herself. The door will not open if the Yaga is not present. The Yaga is an important figure in folklore, and she can bring peace to a village.

The story of the Baba Yaga involves an ancient myth of a wicked witch. Her stories are based on the viewpoint of those who come into contact with her. One of the most popular is “Vasilisa,” a Cinderella-like character who is severely abused by her family. After suffering a terrible fate at the hands of her evil stepmother, she is sent to the forest to seek Baba Yaga. She must complete a series of exhausting tasks before she can reach her goal of saving the world.

The Baba Yaga is an unpredictable and untrustworthy mother nature figure. She is often portrayed as a gruesome crone with long nose and iron teeth, and she travels through the forest on a mortar and pestle. Her hut is built on magical chicken legs, and is surrounded by a fence made of human bones. The Yaga’s hut is often described as a solitary dwelling in the woods.

The Baba Yaga is a mistress of magic and is often depicted as a wild old woman. She is also a mistress of the forest and is often seen as a forest spirit that leads spirits. These stories have long been used to teach children to respect nature and the spirit world. And because of her presence, many myths about the Baba Yaga have been passed down for generations.

The story begins with a careless young girl who loses track of her younger brother. The Baba Yaga is a witch with long, twisted white hair and iron teeth. The Yaga is cruel, but she is also kind and benevolent. Her goal is to punish people who don’t do the right thing. The Yaga can even be a mother, but she is also a witch, and her actions are not always in the best interests.

The Baba Yaga has a double meaning in this myth. Her name means “grandmother” in most Slavic languages. The Yaga’s name is a diminutive version of the Slavic word jadwiga. But despite the spooky nature of the Yaga, she is a good and benevolent spirit who has helped people in need.

The Yaga is a mythical character that appears throughout history. The Baba Yaga’s first mention in text was in 1755 in a Russian grammar book. Although her origins are unknown, the character is likely a creation of Slavic folklore. It is believed that the Yaga has a human form and a goat-like appearance. She has no eyes and is a big red-haired woman, which makes her a terrifying creature.

A Green Witch's Guide to Herbs
Protect Yourself With Protection Magick
Should You Serve Ranni the Witch in Elden Ring?
Tags: spooky places kansas

What Is the Witch Church?